In March 2022, Polyurbanwaters’ international teams were able to conduct on-site analyses in Kratie/Cambodia again for the first time. Among other things, they examined the extent to which the city’s green infrastructure can be assessed in terms of its flood vulnerability and climate resilience. Situated on the Mekong River, an extensive wetland still extends at the back of the city today. This area has a significant influence on the water hydrology for the urban catchment area in general, is essential for the urban climate, holds a rich habitat and has an important function for agriculture and fishery, i.e. for the livelihoods of the communities. The wetland is coming under pressure, especially due to increasing construction activity, which will have significant implications for the economic, social and ecological development of the city and its urban catchment area. As the research of the PolyUrbanWaters team shows, the sustainable management of wetlands should be considered as a strategic element of urban development. A gradual disappearance of this area would not only mean a significant loss in terms of the tourism development envisaged by the city, but also a substantial loss of quality of life and livability. Warning examples can be observed on the drive from Phnom Penh to Kratie, where forestation has given way to dry savannah over the last forty years. 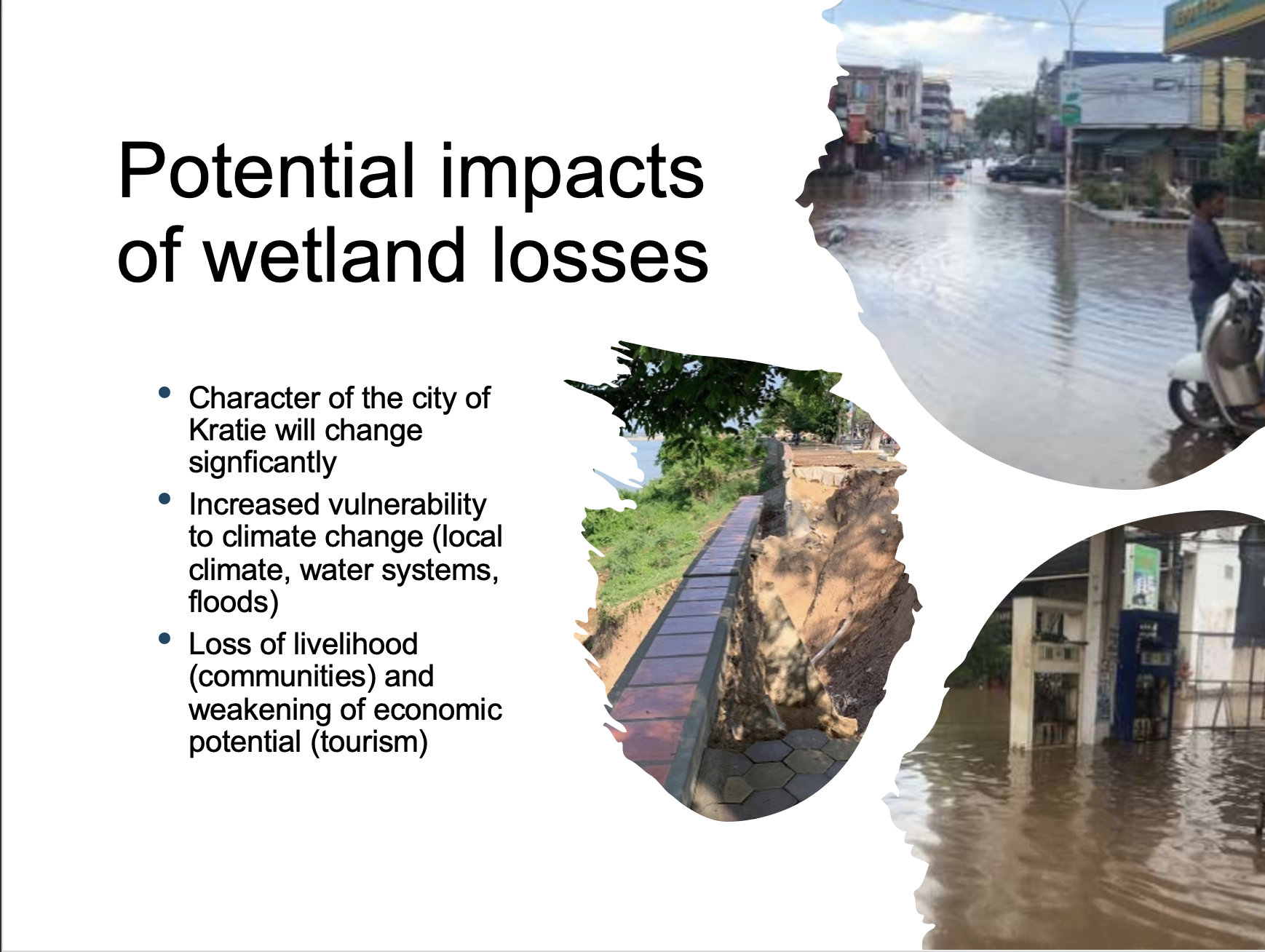 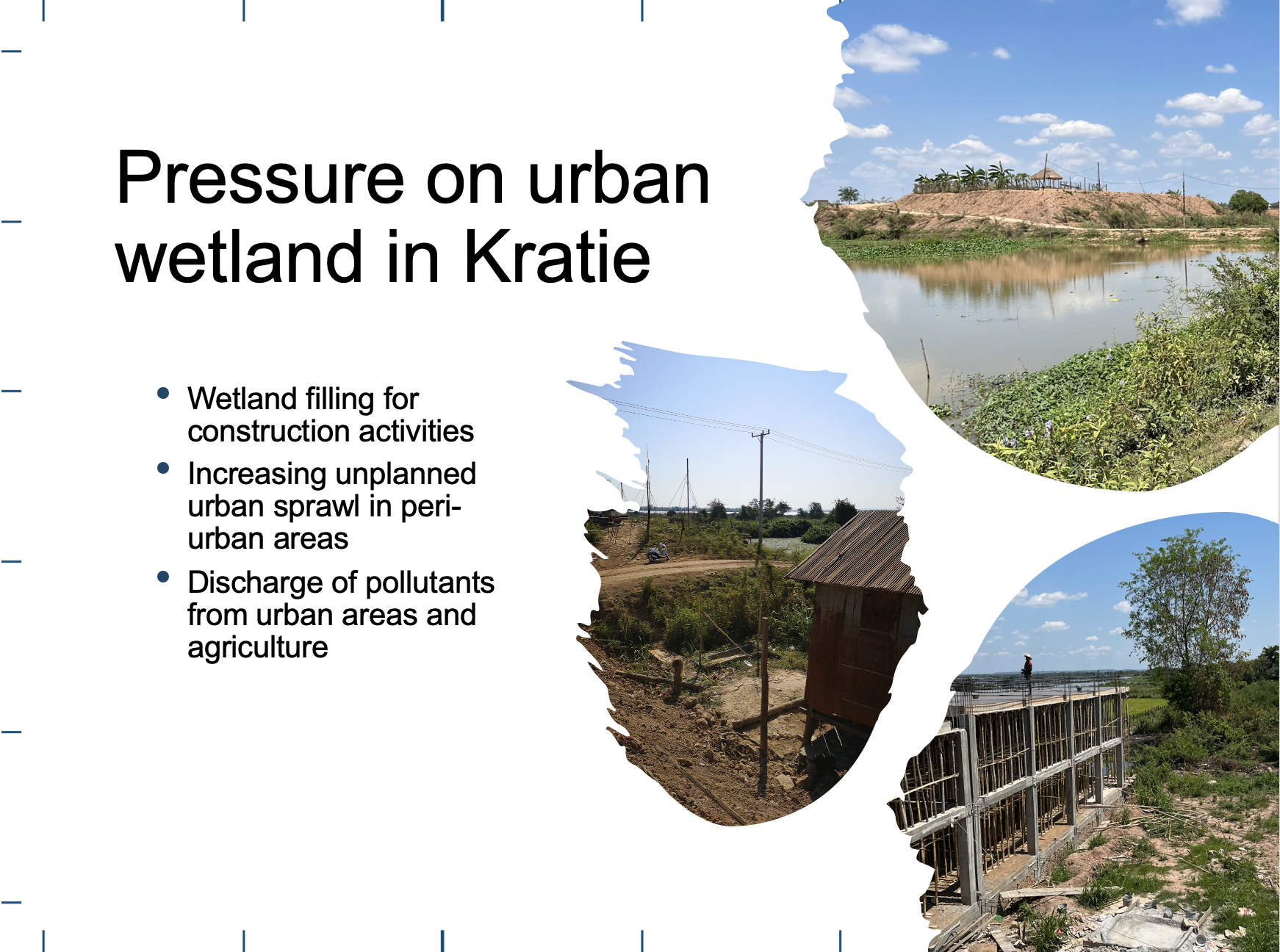 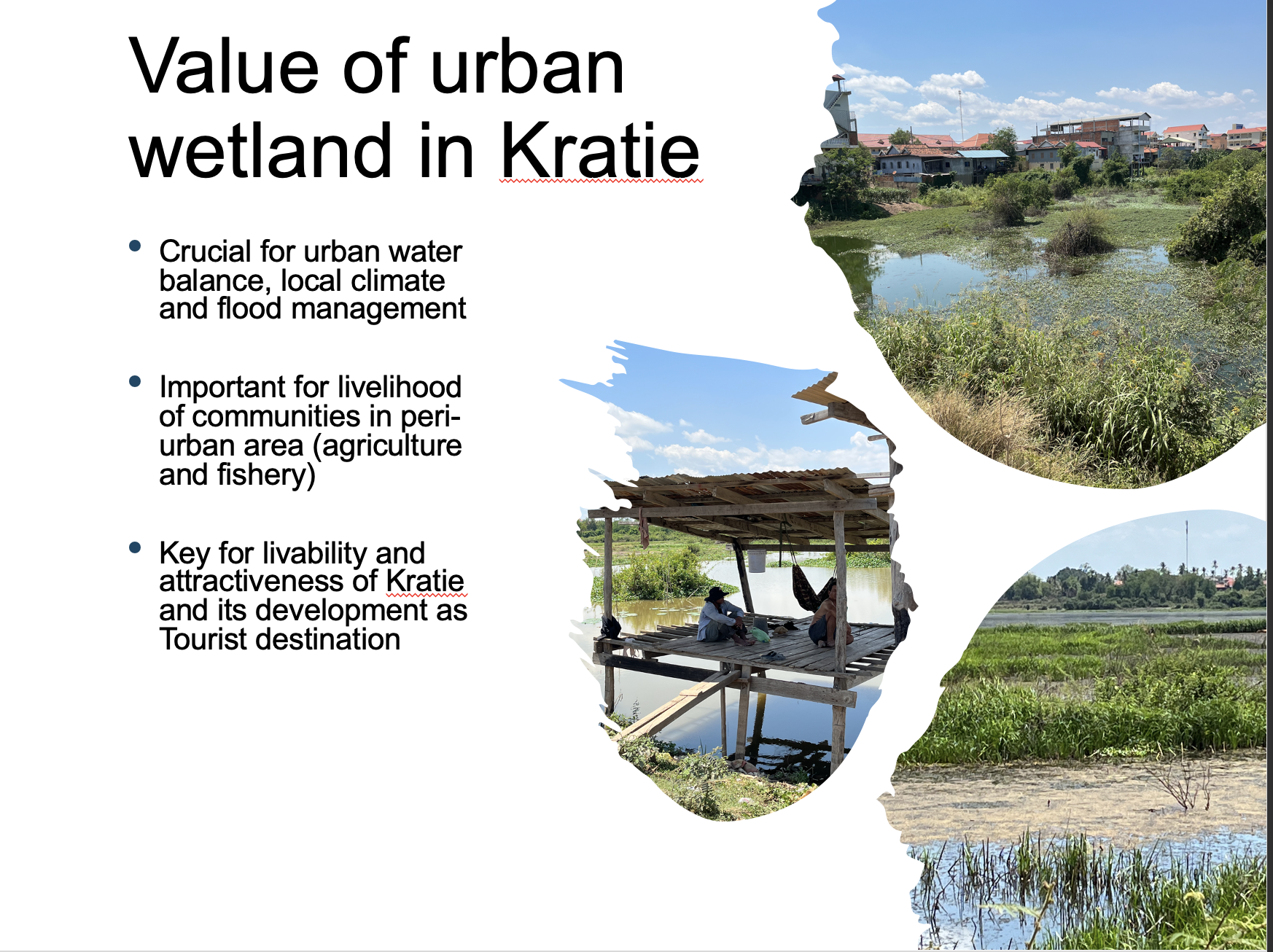