The PolyUrbanWaters research team with members from Laos, Thailand, Cambodia and Germany conducted extensive research in Sam Neua with the national urban planning authority Department of Housing and Urban Planning (DHUP) and Public Works and Transport Institute (PWRTI) and the local/provincial/district government from 18 to 26 June 2022. Among other things, an analysis of the flood vulnerability of the city itself and the urban catchment area was carried out. In this context, research results obtained in the context of the base-line study “Water in the city of Sam Neua” could be verified and significantly deepened:

1) The topographical profile of the city area, which is located in valleys with steep slopes, and its peri-urban areas, which are still strongly characterised by agriculture, is per se exposed to a strong runoff regime during heavy rainfall events.

2) The dynamic conversion of forest areas in the watershed into farmland significantly reduces the water absorption capacity of the soils and contributes to a further increased run-off of rainwater.

3) Despite the COVID-19 pandemic, heavy construction activity in the valleys is contributing to rapid conversion of agricultural land, i.e. mainly paddy fields into settlement land. The resulting land sealing is associated with a considerable loss of infiltration areas.

4) With the higher frequency and intensity of heavy rainfall events to be expected in the course of climate change, there is a risk that the various influencing variables of the runoff regime will reinforce each other. At the same time, buildings are increasingly being built in existing and future potential flood risk zones.

5) Local stakeholders have discussed these trends in participatory workshops. Methods such as risk mapping were used. In this context, the influencing factors and the consequences of the flood disaster in the Ahr valley/Germany in July 2022 were discussed. In this valley, too, a major flood disaster seemed unlikely for decades. Land use changes, development of residential areas in risk zones and climate change induced extreme rainfalls resulted in 134 fatilities and damages worth billions of Euros.

6) The results of the research activities and dialogue events are now being evaluated with a view to developing more accurate vulnerability diagnoses and forecasts. Recommendations for action for urban and provincial government will be derived from this. The results will then be presented to government bodies at local and national level in October 2022. 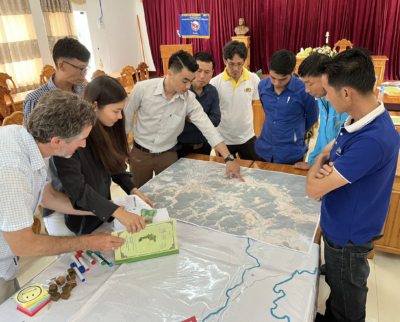 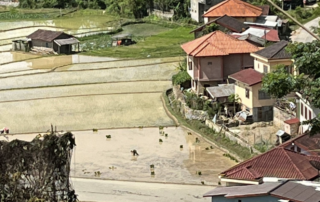 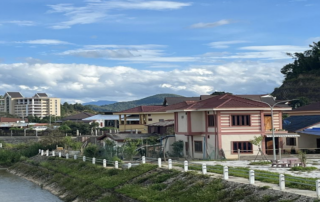