On September 30th, the Final Round and Award Ceremony of the Design Competition “Hue Initiatives – Green Space, Green City” was taken place at University of Sciences, Hue University. This is a key component of the GreenCityLabHuế project of “Strengthening climate resilience of urban regions in Central Vietnam through nature-based solutions for heat adaptation and air quality improvement.”

The in-person event is the cooperative activity between Independent Institute of Environmental Issues (UfU, Berlin) and Faculty of Architecture, University of Sciences, Hue University in collaboration with other partners of the GreenCityLabHuế project, including MienTrung Institute for Scientific Research (MISR) and Thua Thien Hue Institute for Development Studies (HueIDS). In addition, the event also welcomed the participation of the project’s key stakeholders, including Hue City Government, Green Tree Company, Thua Thien Hue Association of Architecture, Thua Thien Hue Association of Urban Planning and the representatives from the previously co-selected sites of An Dong ward, Phu Hoi ward, Tay Loc ward and Thuy Bieu ward. They were invited to the event in order to observe the final proposed initiatives and give their feedback upon their expectations.

At the in-person final round, 8 teams presented their initiatives to the audiences via presentations and posters for their best illustration. After the joint discussion on the initiatives of each site, all participants started voting for their favored initiatives for each site by ballots. The winning initiatives of each site were selected based on the evaluations from the Jury of the GreenCityLabHuế project, local authorities and participants. In addition, the online voting for the most favorite initiative, which has been unrevealed, will be open in the next few days. 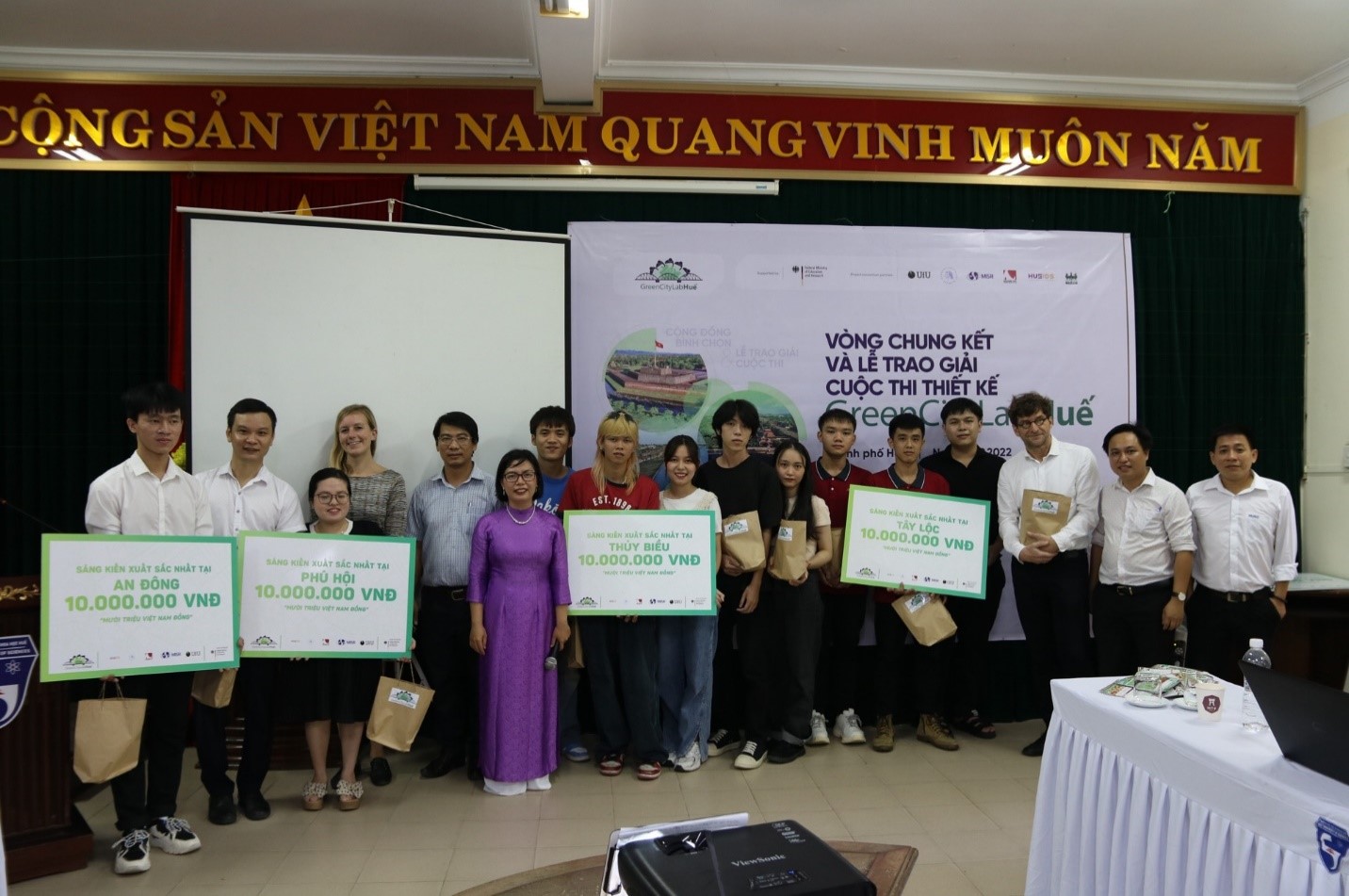 The teams received useful and constructive feedback from the local authorities and experts in the field of urban planning and landscape architecture. The feedback provided multi-aspects for each site and the project team collected the key information to develop the base for the re-consideration and re-evaluation of the possibility and feasibility of the proposed initiatives. These inputs are crucial for the project team for further discussion with other stakeholders. 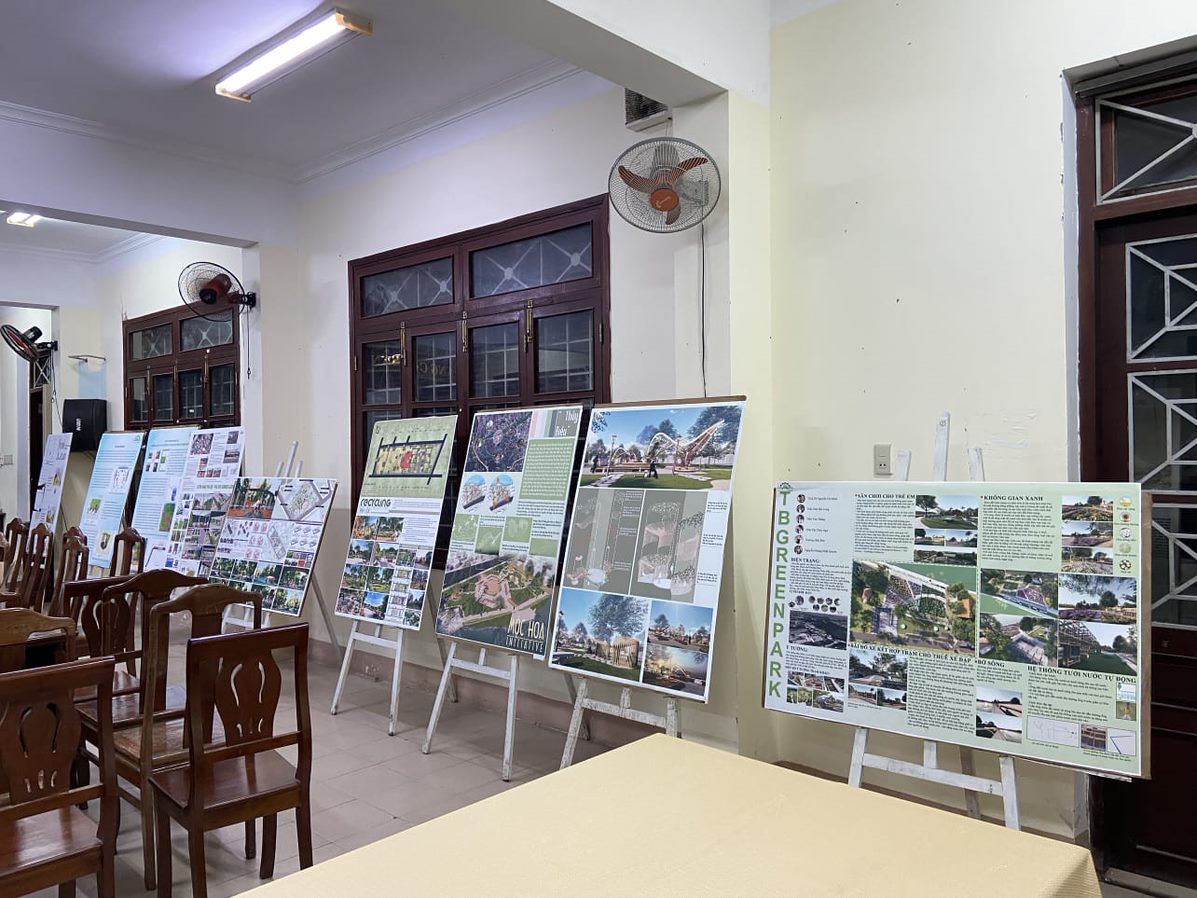 The GreenCityLabHuế project sincerely appreciates the support from the local authorities and experts in the field of urban planning for the design competition of “Hue Initiatives – Green Space, Green City”. Also, the GreenCityLabHuế would like to say thank you to the participating teams who used their creativity and youthful spirit to propose outstanding green initiatives to build a Hue city better, greener and more resilient.